Today we hear form student Jessica Heath, who will be leading a workshop this coming Saturday, on a undeservedly little-known event in modern Leeds history….

The workshop will be taking an in-depth look into the 1970 Leeds Clothing Strike; it’s impact, magnitude and its repercussions on the lives of those involved.

I began researching the strike as my topic for my final year dissertation project. After hearing about the Hull Headscarf revolutionaries of my hometown and their plight to change trawler legislation, I was inspired to find out more about the activism of women in Northern England.

After much reading, my research began to narrow and focus on Leeds in the period from 1968 to 1975. The 1970 Clothing Strike interested me because, while massive at the time, it has often been neglected by historians and rarely receives mention when people discuss workplace activism of the 20th century.

While the lack of attention by contemporary historians has made elements of my research difficult, it also means I have been able to navigate the topic more freely. Fortunately, being based in Leeds, I have found plenty of local primary sources to aid my understanding of the events of February 1970: from first-hand accounts in the Special Collections at the Brotherton Library to microfilm copies of reports in the Yorkshire Evening Post, held in the Local and Family History department of the Central Library. In addition to the usual written/ reported material, I have also looked at a televised documentaries and news shows centred around the dispute.

Join Jessica this coming Saturday for what promises to be an illuminating workshop, including an introductory talk and chance to browse archival materials. Further details can be seen in the poster below and on Leeds Inspired. The workshop is a drop-in, but you can book tickets for the talk from 2-3pm on Ticketsource. 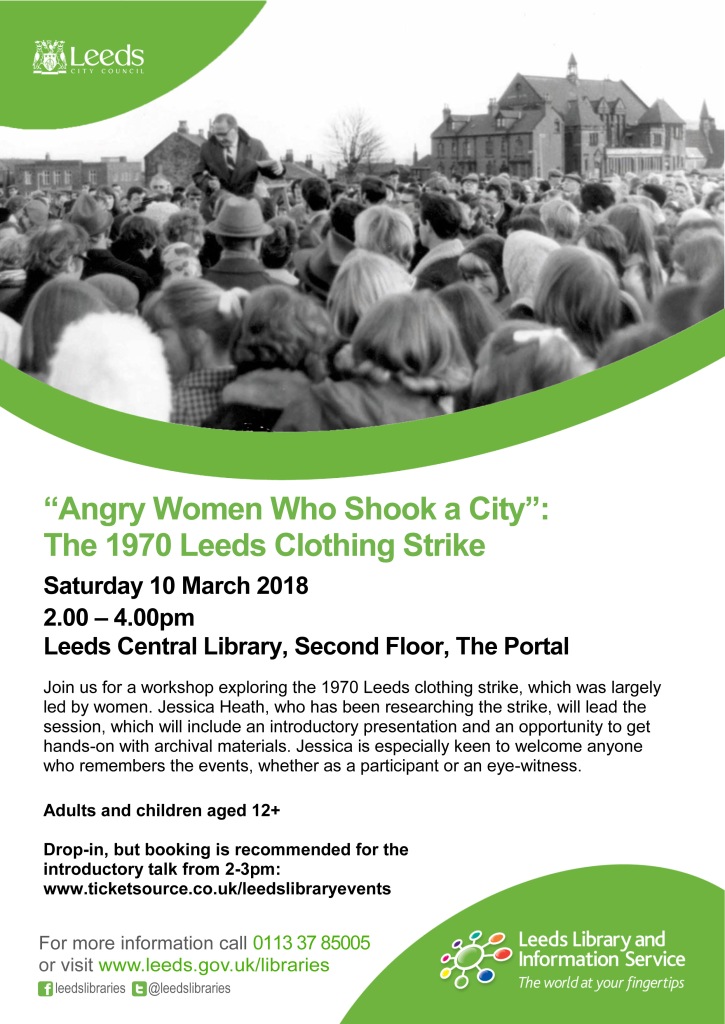 Since this article was written, a valuable new essay has been published on this subject (by Liz Leicester)