This week we’re starting a new series: local history quizzes! First up, Antony Ramm, Librarian-Manager for the Local and Family History department poses 20 questions about Leeds history books over the last 300-years, starting with an old friend…(you can find the answers in a PDF at the bottom of the page)

3. Many major contributions to Leeds historiography have been initially published in the Publications of the Thoresby Society. In what year did that Society launch?

4. A history of Leeds was published in 1834 with the extraordinary title of The Civil, Ecclesiastical, Literary, Commercial, and Miscellaneous history of Leeds, Halifax, Huddersfield, Bradford, Wakefield, Dewsbury, Otley, and the manufacturing district of Yorkshire. Who was its author? (he was also a Reverend)

5. Another Reverend who wrote on Leeds history was the Reverend Richard Vickerman Taylor. What was the title of his classic 1865 biographical guide to Leeds ‘worthies’?

a. 3 of 251
b. 126 of 251 (exactly half)
c. Taylor indicates in his preface that he will shortly publish a separate book on female Leeds ‘worthies’, as there are too many to include in the original volume.

7. How many centuries after the Ducatus Leodiensis was it when Tina Jackson’s history of Leeds women was published? 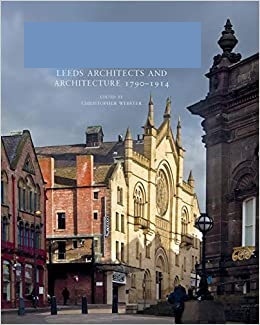 10. What was the title of the pioneering three-volume collection of articles primarily exploring personal experiences in 20th-century Leeds, edited by Lynne Stevenson Tate?

11. Name the respective authors of the two main historical dictionaries of Leeds – Leeds: A-Z of Local History (2001) and Leeds: A Historical Dictionary of People, Places and Events (2013).

12. The author of The Municipal History of Leeds (1846), James Wardell, held which local government position?

13. True or false? Steven Grady and Kevin Burt wrote the standard history of the city, The Illustrated History of Leeds.

14. The same authors published a history of which ancient Leeds city centre street in 2016?

15. Derek Fraser’s A History of Modern Leeds (1980) contains an essay by which former Liberal MP?

16. Which historian and antiquary of Leeds was also an important photographer of ‘Old Leeds’? His 1901 book The Romance of Old Leeds remains one of the most readable accounts of the city’s past.

18. Which 2010 book by Anthony Clavane tells the city’s story in the 20th-century through the rise and fall (and rise and fall…and rise?) of its football club, Leeds United?

19. There is as yet no comprehensive, published history of Leeds’ LGBTIQ+ community, and few references in the main books covering the town’s past. What is the name of the project that has been redressing that imbalance over the last few years, gathering stories from across the region? It’s funded by Yorkshire Mesmac and the National Lottery Heritage Fund.

20. Finally, what is A Journey through Our History?

Open the PDF to find the answers! How many did you get right?