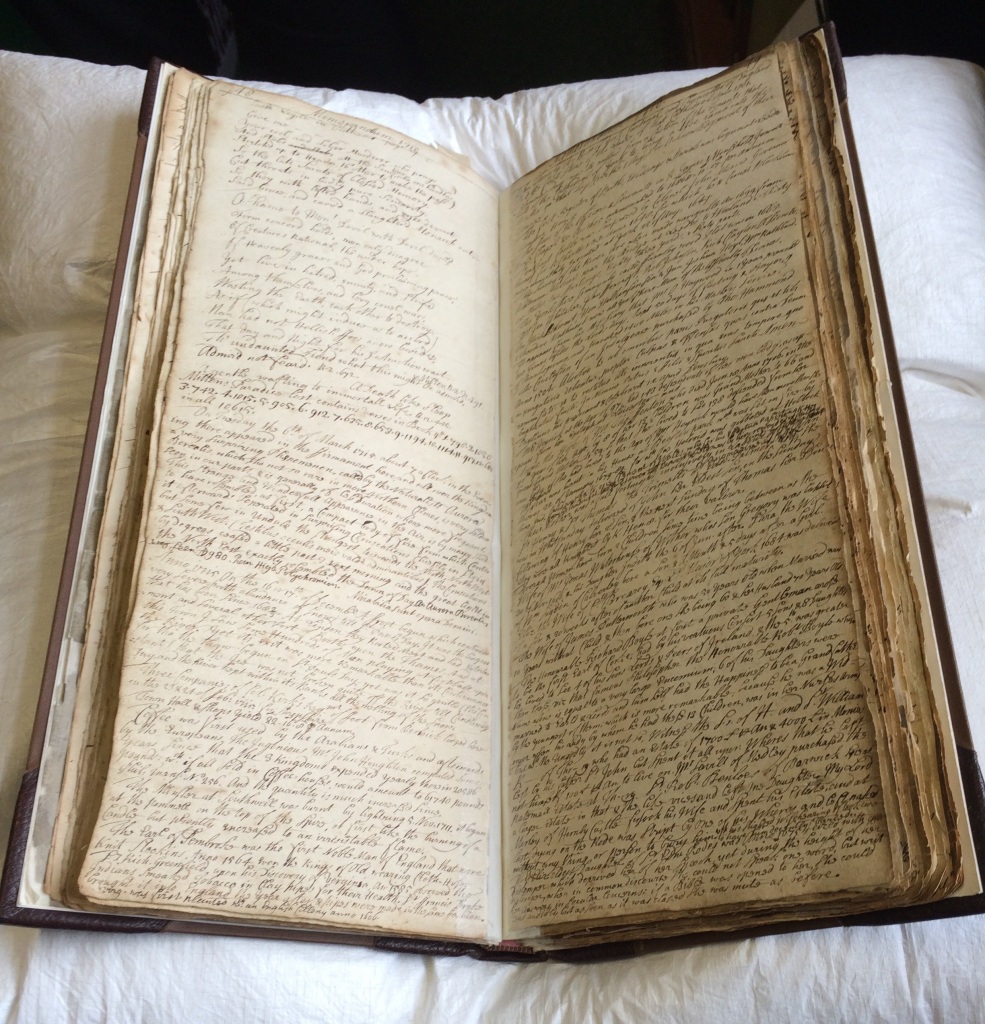 Born in 1684, Lucas was primarily known as a schoolmaster in his own time: in 1712 he was a master at the Leeds Grammar School but, by 1726, had taken over St. John’s Charity School, the so-called ‘Blue Coat School’ (after the jackets provided to pupils). But Lucas is best known to us today – if he is known at all – as a local historian and a diarist (of sorts). His major work was his History of Warton Parish (in Lancashire, where he was born), which he worked on for a period of more than thirty years. Lucas dedicated that book to Ralph Thoresby, whose coin collection he helped to catalogue. The elder antiquarian appears to have been something of a mentor to a man developing his own keen interest in the past. Lucas also taught alongside another important Leeds antiquarian, Thomas Wilson, and almost certainly provided the younger man with the same guidance he had been given by Thoresby.

It is Lucas’ diary, however, which is of most interest to historians of Leeds; although it is not a diary in the sense we would understand that term today – and we do not even know why he kept it. Lucas gives little of himself away in his work – no personal observations or remarks, nothing about his work (either scholastic or academic) and little of his domestic life. Rather, his diary is more properly understood as, literally, a ‘memoranda’: that is, a memory aid – a collection of jottings that could be referred to at some future date.

Many of those notes relate to happenings in Lucas’ immediate locality. One such event occurs on the 16th and 17th of December and you can read more about it elsewhere on this blog.  The Memoranda is primarily of use because it provides that kind of everyday detail about a period still somewhat neglected in the historiography of Leeds: the early 18th-century. Specifically, the most detailed sections of Lucas’ writing covers the years 1712-1716; a period just prior to the first publication of the Leeds Mercury in 1718 and for which there is partially a gap in Ralph Thoresby’s own diary (from 1714-1719).

We are honoured to hold this important document of Leeds and its history here at the Central Library. It was presented to us in 1932 by Alderman Perceval T. Leigh, a dentist, after a long period when its whereabouts were unknown following its author’s death in 1750. A transcription of the sections relevant to Leeds can be found in Publications of the Thoresby Society, Volume 16, Second Series (2006). Edited by Jonathan Oates, that version also includes a superb introduction to Lucas’ life and works (from which much of this article has been derived).

To view the Memoranda Book please visit the Local and Family History department on the 2nd Floor of the Central Library. Two forms of ID (one with your name and another with your address) and at least 24-hourswill be required to view items from the Treasures or Collections. Please call 0113 378 5005 for further details and to book an appointment.