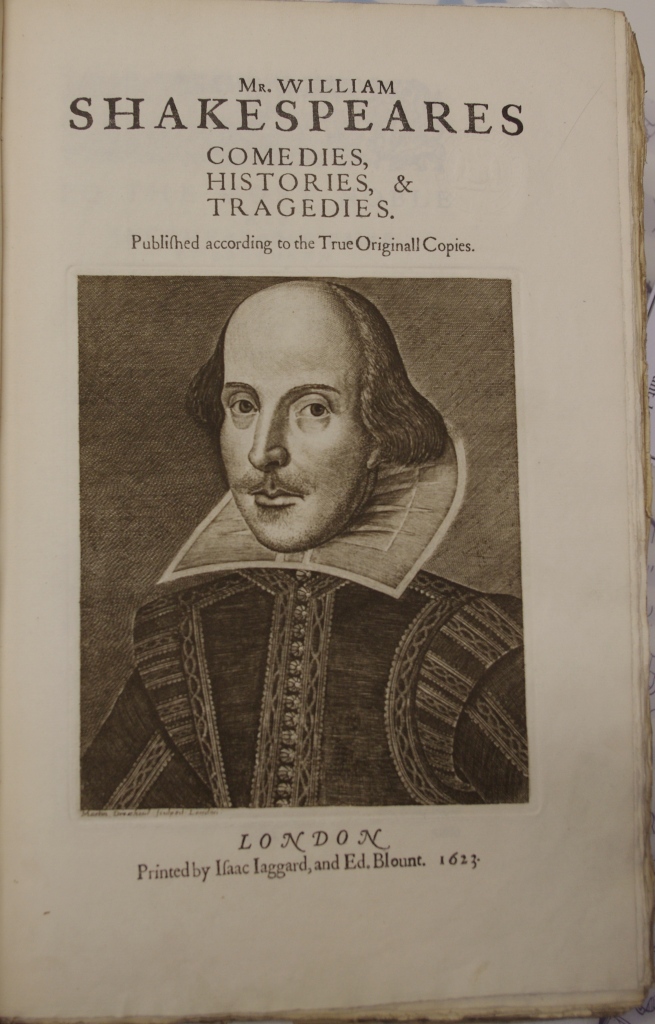 April 23rd marks the 450th year of his birth and here at Leeds Central Library we intend to do the anniversary justice with a celebration or two.
With hundreds of copies of the Bard’s work in stock we wanted to show off some of our heritage Shakespeare stock not usually seen by the public. The books shown below are currently on display in the Information & Research library on the second floor of Leeds Central Library. If you find something else on our catalogue that you’d like to see please ask as we are happy to retrieve items from the stacks for you to view. 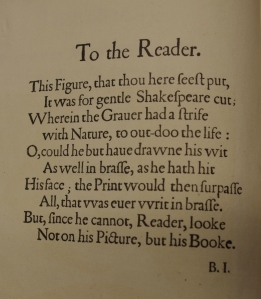 The first item is a First Folio of Mr William Shakespeare’s Comedies, Histories, & Tragedies. The title page shows it was published in London according to The True Original Copies. Printed in 1623 by Isaac Iaggard, and Ed. Blount the opposing page holds a message To the Reader written by Shakespeare’s contemporary, writer Ben Jonson praising the likeness achieved by engraver Martin Droeshout.
Seven years after Shakespeare’s death two of his closest friends, the actors John Heminge and Henry Condell choose to publish 36 of his plays with the aim of bringing his true works to life to counteract the number of fraudulent copies in existence. It was Heminge and Condell who divided the plays into the comedies, histories and tragedies categories that we are now so familiar with. When the First Folio’s originally went on sale in 1623 they cost £1.
Leeds Central Library holds the first four folios, 1623, 1632, 1664 and 1685. These are facsimiles printed in 1910. 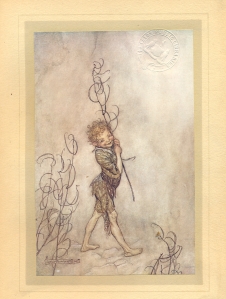 Our second item is A Midsummer Night’s Dream, printed in 1908 it is famous for the Arthur Rackham illustrations throughout. First we have Puck, a mischievous character described by Shakespeare as a ‘shrewd and knavish sprite” (act II, scene I). At the top of the image you can see the Leeds Public Libraries embossed stamp.

Later on in act II, Scene II, Rackman illustrates fairy queen Titania’s command to her fairies to ‘war with some rere-mice with their leathern wings, to make my small elves coats”. The illustration shows us that the rere-mice referred to are actually bats. 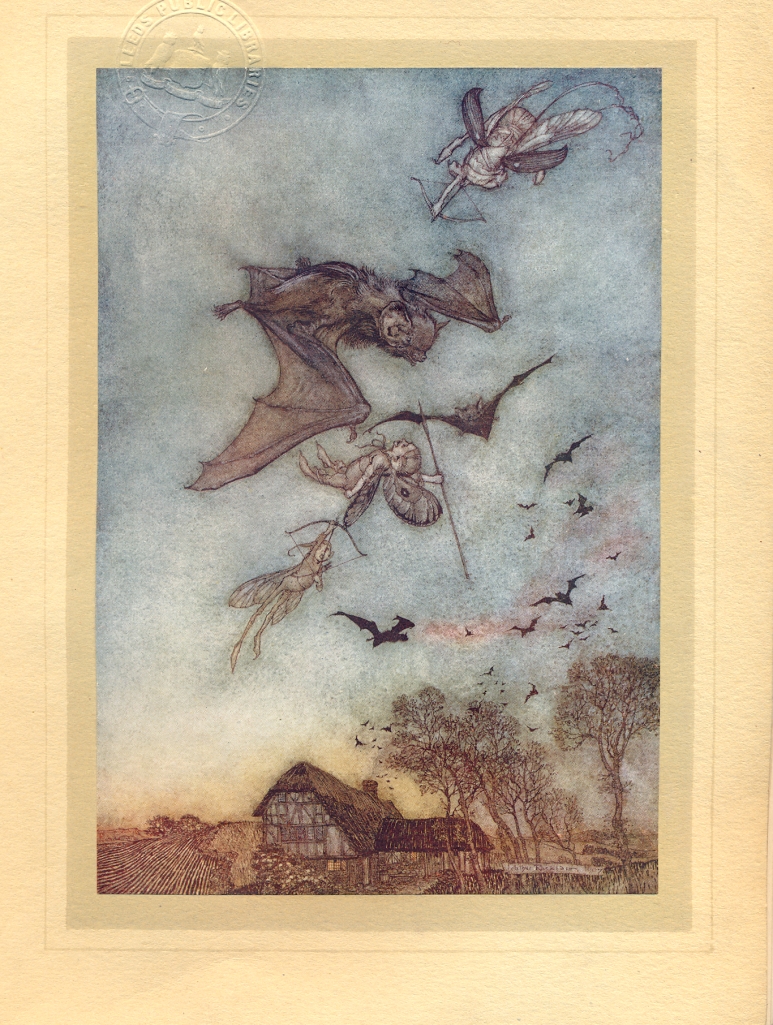 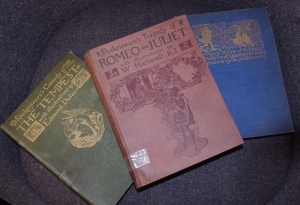 Below are details of the Shakespeare 450 celebrations taking place at Leeds Central Library, all events are free and no booking is required. We hope to see you there.