This week, local author Chris Nickson tells us more about a timely new exhibition to be seen in Room 700 of the Central Library… 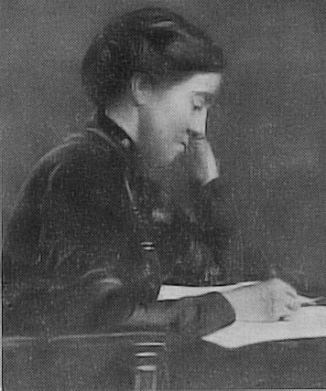 Let me offer you a few Leeds names: Catherine Buckton, Louisa Garbutt, Isabella Ford, Alice Cliff Scatcherd, Mary Gawthorpe, Mary Smith. Do they mean anything? To most people, they don’t. But they should. Without them, the foundations of the Suffragettes would not have been laid. They should be known and celebrated. But there’s nothing, no statues, they’re not taught in schools. They deserve better, especially on the centenary of some women receiving the vote.

A new exhibition, The Vote Before The Vote, running from May 3-30 in Room 700 at Leeds Central Library, hopes to correct all that, at least a little. It’s about these women and others, and what they achieved between 1832 and 1903, the work they put in, the battles they fought, and the victories they achieved.

Right at the start of the era, in 1832, Mary Smith of Stanmore, Yorkshire, which is believed to be a property very close to today’s Cottage Road in Headingley, petitioned Parliament just after the Great Reform Bill broadened the franchise a little. She suggested that “every unmarried female, possessing the necessary pecuniary qualification, should be entitled to vote for Members of Parliament.” It was laughed out of the Commons.

In 1866, plenty of Leeds women, including many working-class women from the Woodhouse area, signed a petition to Parliament, demanding the vote. Two years later, a petition solely from Leeds was submitted, and a number of women across the country attempted to enter their names on the electoral register. 13 were successful, and a Leeds widow named Mary Howell was fined 10 shillings (50p) for bringing “a frivolous claim.” But in 1869, women ratepayers who owned property above a certain value were allowed to vote in some local elections and stand for the School Board and as Poor Law Guardian. In 1873, Mrs. Catherine Buckton became the first woman elected to any office in Leeds when was achieved election to the School Board.

But the tipping point arrived in 1894.The new Local Government Act gave all ratepayers the vote (rates were the equivalent of today’s Council Tax) in some local elections. Men and women of all classes could now vote in local elections for parish and district councils and run to become Poor Law Guardians. Two women were elected in Leeds. The new act gave each ratepayer one vote, altering a corrupted system. This was the real birth of the democracy we know today.

And what about those other names at the top? You’ll have to come down to find out. The Vote Before The Vote, curated by suffrage historian Vine Pemberton Joss, tells, all, along with artefacts from Leeds Libraries’ Special Collections, Leeds Museums, and West Yorkshire archives, as well as personal items. It’s a spotlight on a time of constant change and evolution in Leeds, and on the women who lit the fires that sparked the suffragettes. 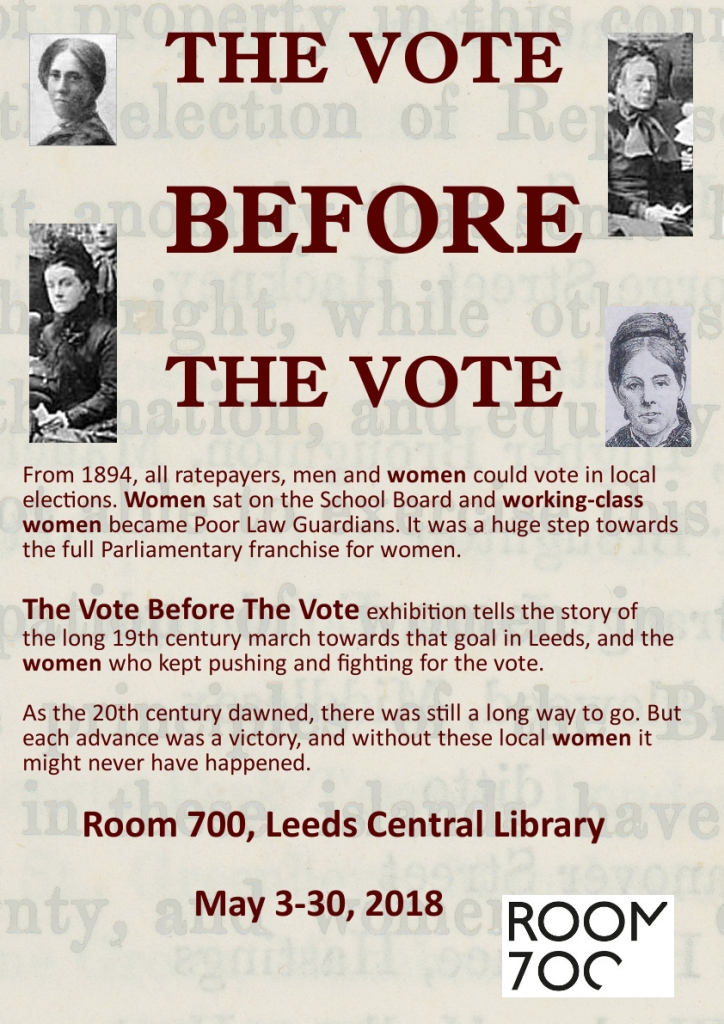