Librarian Antony Ramm takes a look at the deep history behind the creation of a celebrated Leeds antiquarian “masterpiece”. This article has been written to accompany the publication of a new Research Guide at the Central Library, exploring our Leeds Antiquarian Collection…

William Boyne was born in Leeds around 1814, to Thomas Boyne, a successful local businessman. Although William was increasingly involved in the family company, especially following his father’s death in 1849, his true passion lay in the collection of antiquarian material. What began as a hobby, a diversion from the grief of his wife’s death in 1842, eventually led Boyne to the creation of his expanded seven-volume edition of two classics of Leeds historical research, Ralph Thoresby’s Ducatus Leodiensis and Thomas Dunham Whitaker’s Loidis and Elmete. This was Boyne’s grangerised History of Leeds.

The Librarian and bibliographer, J.A. Symington, once employed in the Reference department of the Central Library, and who was interested in Boyne’s life and work, described the History thus:

Most observers would no doubt agree with Symington: Boyne’s History is, indeed, a “masterpiece” of antiquarian collecting and presentation, and the people of Leeds should celebrate that achievement without question. That was certainly the case during a well-received showing of the History during our 2018 Library Fest programme. Some images from History itself can be seen on its dedicated page on this blog.

But we also wanted to get our attendees thinking more deeply about the nature of Boyne’s antiquarian collecting: the source of his content and the wealth used to purchase it. Doing so opens new perspectives on Leeds’ past, forcing us to question many of its accepted narratives.

By Boyne’s own admission he would occasionally acquire material by literally cutting pages and plates from other books. While Boyne may have seen these acts of creative vandalism as utterly justified in the pursuit of his vision, modern audiences may feel differently, regretting instead the ensuing loss in the historical and literary record, wondering what other narratives and voices were diminished or extinguished so that Boyne could preserve and prioritise one particular worldview: that of a white, educated, middle-class Victorian male (that is to say: what would have appeared natural and inevitable, to Boyne and his contemporaries, as worth and not-worth preserving for the historical record, now appears to us as utterly contingent, subjective and partial.) 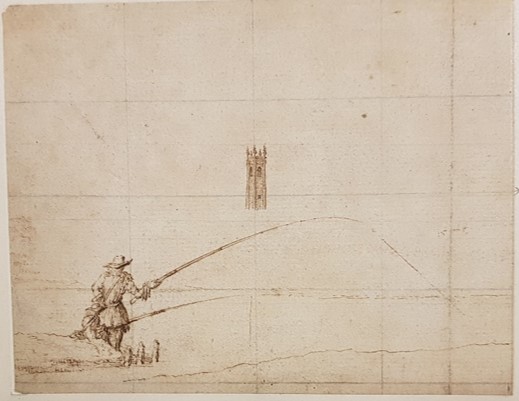 The point at hand here, then, is two-fold: firstly, it’s a broadly simple issue of weighing costs and benefits – asking whether Boyne’s creation was worth the destruction – but, beyond that, it’s also an issue about stories, and voices in the construction of historical narratives: who gets to speak and who is silenced.

Which is where we must journey to the Boyne home in Little Woodhouse, named by William’s father for the location and the product – tobacco – that lay at the root of his family’s wealth and privilege: Virginia Cottage. The Boynes lived there for only a few years, but that naming tells us something very important about their complicity in an economic system with injustice at its very core: the importation, ‘finishing’ and distribution of tobacco.

Because, crucially, this was not just ‘any’ tobacco, but tobacco grown and harvested in the Virginian state of America, largely by men, women and children of African descent, held captive in perpetual bondage and derived any rights as legal persons, while suffering physical and emotional torment beyond most comprehension. That was the source of the Boyne family wealth, the money that bought them a life in the comfortable middle-class enclave of 19th-century Little Woodhouse – and a life in complete contrast to that existence endured (survived, resisted) by African-Americans forced to toil for masters both near and far.

It was this same wealth which funded further changes of residence: first to Queen’s Square and, later, once William had inherited the company following his father’s death, to the Xanadu-like surroundings of ‘The Woodland’, or ‘Boyne House’, in Headingley.

And it was that same wealth, again, which William would use to build the collection of antiquarian material that Symington, and later observers, would so uncritically celebrate, along with the achievements of the man himself – as in the text introducing the History:

We, however, might prefer a different story around Boyne and his History, one that puts those hidden and unacknowledged voices from its past front-and-centre. This is not to say that we should approach Boyne’s work with an air of self-flagellation, denying its value – only that we should prioritise objective historical fact. The History as a physical item – undeniably beautiful and deserving of wider exposure – is one such historical fact, but so too is the process and the nature of its construction; that is, the historical fact of the History‘s origin in Black victims of blood and rape and death. The point ultimately is to ensure those elements are an essential – a central – part of the stories we tell about the object and its creator.

We can go even further than the work of Boyne alone with this line of thinking. The dark reality of his finance makes a mockery of J.A. Symington’s claim (above) that Boyne “regardless of time or expense set himself to prepare a complete history of the town.” This statement would only be true if we were able to ignore the existential price (the “expense”) paid by the enslaved African-American labourers whose oppression directly funded that history. And it would only have been a “complete history” if that history had in some way acknowledged that oppression, the “hidden text of power relations and wealth acquisition”, in the words of Charlotte Higgins.

By not acknowledging that “hidden text”, Boyne’s History is, at its very root, built on the exclusion, the active exploitation, of absent voices – and not just that history itself, but all other histories derived, at least in part, from that collection. The historiography of Leeds is defined, in this reading, by its negative spaces: what is not there, what is absent – consequently, can we really now see this as the “fitting monument” Symington thought it was, without those voices being present in its narrative and those negative spaces being positively filled?

This line of thinking applies far beyond these particular borders, stretching out across the entire vista of Leeds and its history, asking us to take a closer look at the physical and emotional costs borne by those toiling in – to offer just one example – the wealth-producing mills of John Marshall.