So, in the end, it didn’t come home – and I think most of us knew it wouldn’t. But – as most of us do know – it did indeed come home in July of 1966, when England beat West Germany 4-2 at Wembley stadium, to seal their only World Cup triumph to date.

We’ve previously written on this site about the reaction (often underwhelming!) of Leeds people to the nation’s sporting success, and there is a very nice photograph on our Leodis image archive of the moment when some of those conquering heroes visited Leeds Civic Hall on August the 3rd, 1966, to mark their achievements.

The photo, in fact, shows those players and other England-staff associated with the city’s own professional football club, which was itself just entering its most succesful era to date (and probably ever): Leeds United’s Jack Charlton, Norman Hunter and Les Cocker (the former two being players, the latter a trainer under the legendary manager, Don Revie).

In itself, that photograph marks the occasion and represents England’s triumph within the Leeds-context to a satisying degree. But what was identified in our Collections last week takes the story even further and deeper, and brings us even closer to these events: an autograph album recording vistors to Leeds during the mayoralty of Alderman Joshua S. Walsh. 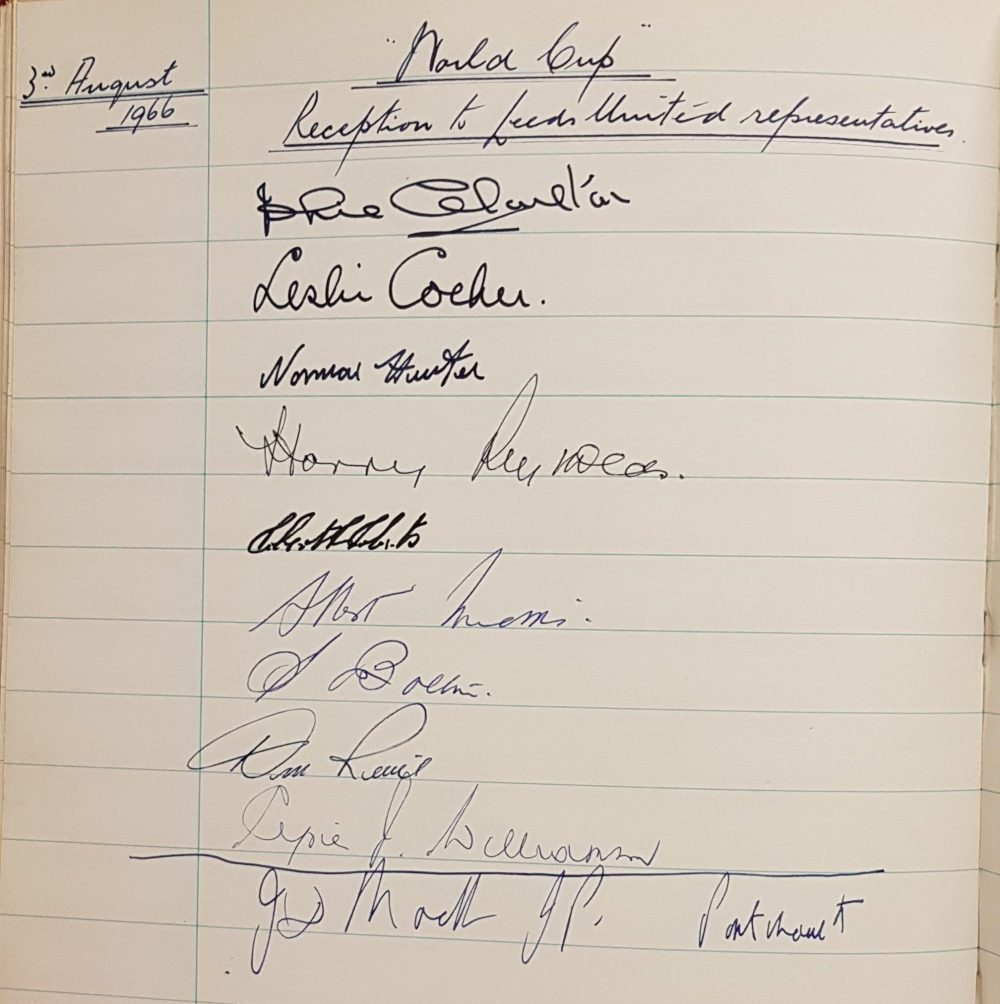 As can be seen – that album includes the autographs of Charlton, Hunter and Cocker, as well as further signatures of those connected to Leeds United on a different occasion.

In a way, there isn’t much else to say about this moment of history – other than to recommend that you pay our Local and Family History department a visit and request to see this genuine piece of sporting history for yourself.

Please contact the department on 0113 37 87078 or via localandfamilyhistory@leeds.gov.uk to request a viewing of Mayor Walsh’s autograph album. Note that an appointment may be required, and that you should provide two forms of identification before a viewing will be approved.