Temperatures may have improved a little recently but last week’s cold snap was nothing compared to the icy conditions experienced by Leeds in times past. Local history librarian Ross Horsley looks back on some of the city’s cruelest winters…

“The Wharfe and the Aire are frozen to a depth capable of bearing anything,” reported the Leeds Mercury in February 1855, “and lakes and ponds are daily the scenes of skating, curling, and cricket matches.”

Whatever the attraction of playing cricket on ice, Leeds has a long tradition of big-freeze sporting events. (In fact, the city’s earliest recorded football match took place on the frozen river in 1715.) But plummeting temperatures typically brought more hardship than fun. The 1855 report continues: “Many of the public lamps in the outskirts of town have been useless for more than a week, owing to the intensity of the frost; whilst whole streets have been destitute of water, in consequence of the freezing of the pipes and taps. Altogether the present winter, for severity and long continuance of the frost, has not been equalled for many years.”

Here are the temperatures recorded by a thermometer in the city centre, at the Philosophical Hall on the corner of Park Row and Bond Street:

10°F, the coldest reading reported there, would equate to a frostbite-inducing -12°C!

Five years later, however, temperatures would drop even lower… just in time for Christmas. In 1860, the Leeds Intelligencer remarked: “At 1.15 a.m. Christmas morning, Fahrenheit’s thermometer stood at 5° [-15°C] and the air had numerous floating crystals in it hardly of sufficient density to descend to the earth.” One meteorologist added, “I have just seen a horse pass with icicles at his nose three inches in length and as thick as three fingers.” A coach from Leeds to London toppled into a ditch and quickly became snowed in, trapping its passengers inside until a team of fourteen horses was able to drag it out eight hours later – by which time the travellers were purportedly in “a most sorry state.”

Even indoors, winter often proved to be a treacherous time. “With a closed boiler, no household is safe during the reign of King Frost,” warned the Leeds Intelligencer in December 1860. At the time, explosions caused by frozen boiler pipes were a major public concern, with a particularly shocking incident occurring at a home in Park Street, Leeds, on Christmas Day…

Dinners across the district were disrupted by a deafening boom as a boiler belonging to the Longley family exploded, smashing through the kitchen wall and into the yard outside, where it also demolished a neighbouring wall. Mrs Longley, who had been preparing dinner, was struck and killed instantly, while the rest of the family, together with a servant girl from Kippax, were seriously injured by fire and rubble. It was speculated by the newspaper that Mr Longley, a builder, had been aware of the potential danger and was keeping an eye on the boiler… For what other reason would he have been anywhere near the house’s kitchen?

Benevolent shoppers in the nineteenth century might call into the silversmith or tea seller’s shops on Briggate and purchase food tickets to distribute to the needy of their choosing. But supplies could not always keep up with the demand: down at the Leeds Soup Kitchen on Sykes Street, over 300 applicants a day were being turned away unfed when provisions of soup, rice-milk and sometimes even water ran out. A letter to the Leeds Mercury in February 1855 urged compassionate readers to set up soup kitchens in their own homes, with the encouragement that “a beast’s head, with a liberal supply of vegetables, rice, etc, will furnish soup for about thirty families.”

Speaking of soup, I’ll leave you with some advice and a couple of recipes from Good Things Made, Said and Done, published in Leeds by Goodall, Backhouse & Co. in 1893 (shelf mark L 641.5 GOO). Have a great Christmas – and keep warm! 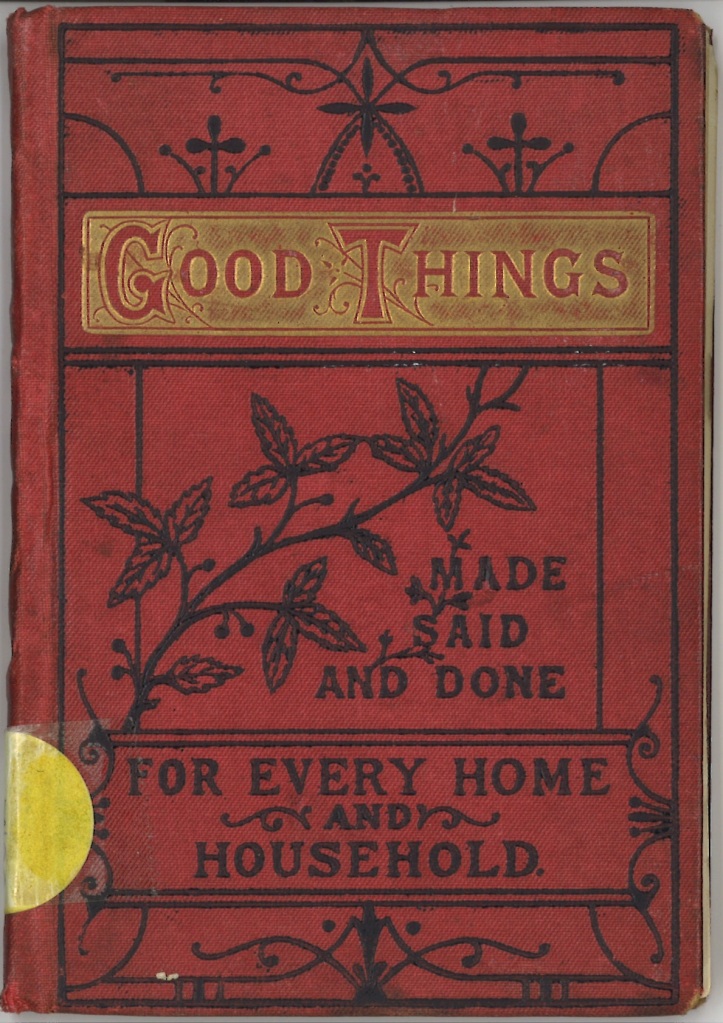 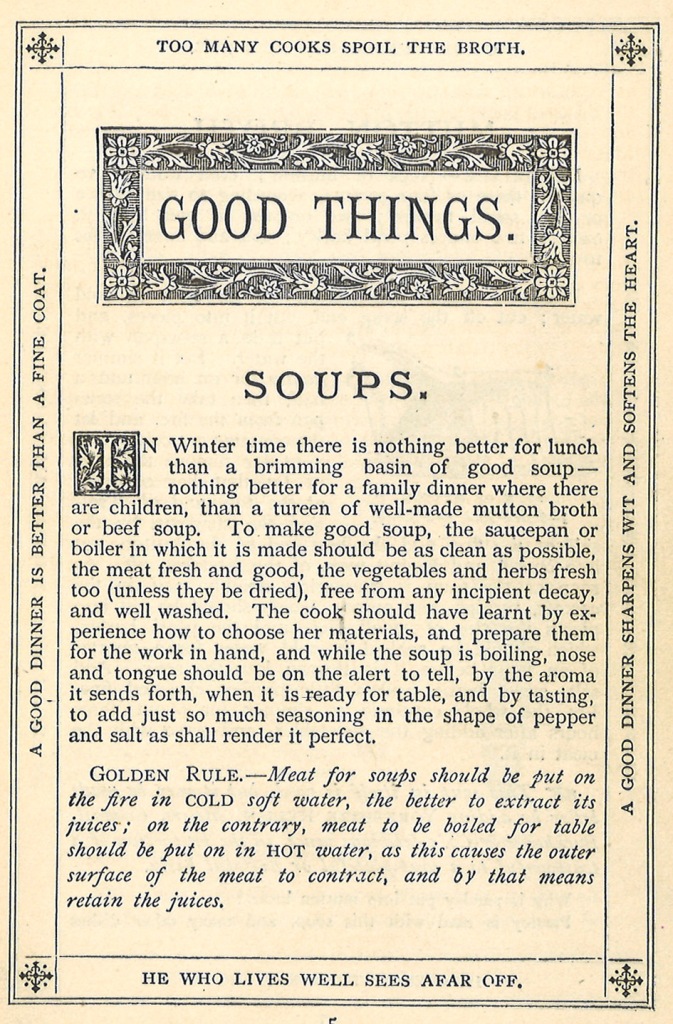