This week we hear from Ross Horsley, who introduces us to a curiously little-known crime novelist of the 1940s, whose best-known book has a Yorkshire connection…

Back in the 1940s, at an isolated Yorkshire mansion, a murder took place that might have gone undiscovered were it not for the interventions of Dylis Hughes, a travelling salesperson who knocked at the door when her car became stuck in snow nearby, and made it her mission to solve the crime. That’s the plot of the 1947 novel Another Little Murder by Lorna Nicholl Morgan. 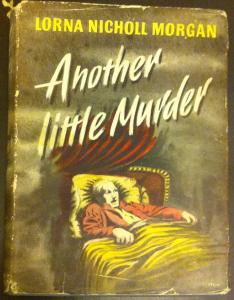 Thanks to a recent reprint – just in time for the 2016 festive sales season, under the revised title ‘Another Little Christmas Murder’ – the book has found new renown among mystery fans. But the same unfortunately can’t be said for its author, about whom so little is known that, at the time of writing, she doesn’t even have a Wikipedia entry to her name. 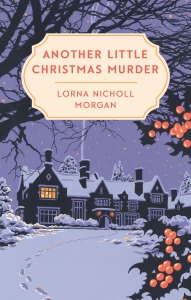 She does, at least, have another novel still in print: 1946’s The Death Box, republished following the success of Another Little Christmas Murder (which isn’t bad going for a couple of seventy-year-old whodunits). Its setting swaps snowy North Yorkshire for the West End of London, suggesting that its author might not have had any particular local connection. Two other titles to her name – Murder in Devils’ Hollow (1944) and Talking of Murder (1945) – have yet to be rediscovered.

So what do we know about the mysterious, mystery-writing Lorna Nicholl Morgan? Well, Ancestry.com (currently FREE to all Leeds Libraries members) appears to shed a little light on her life, thanks to a passenger list for the S.S. Ryndam, which sailed from Southampton to New York in 1954. Onboard was one Lorna Morgan, aged 41, travelling unaccompanied and listing her intended future residence as the USA. Add in a profession given as ‘novelist’ and it seems safe to assume we’ve identified our suspect. (It’s also amusing to note that her address of 22 Beaumont Street, London, was only round the corner from the Baker Street residence of Sherlock Holmes.) 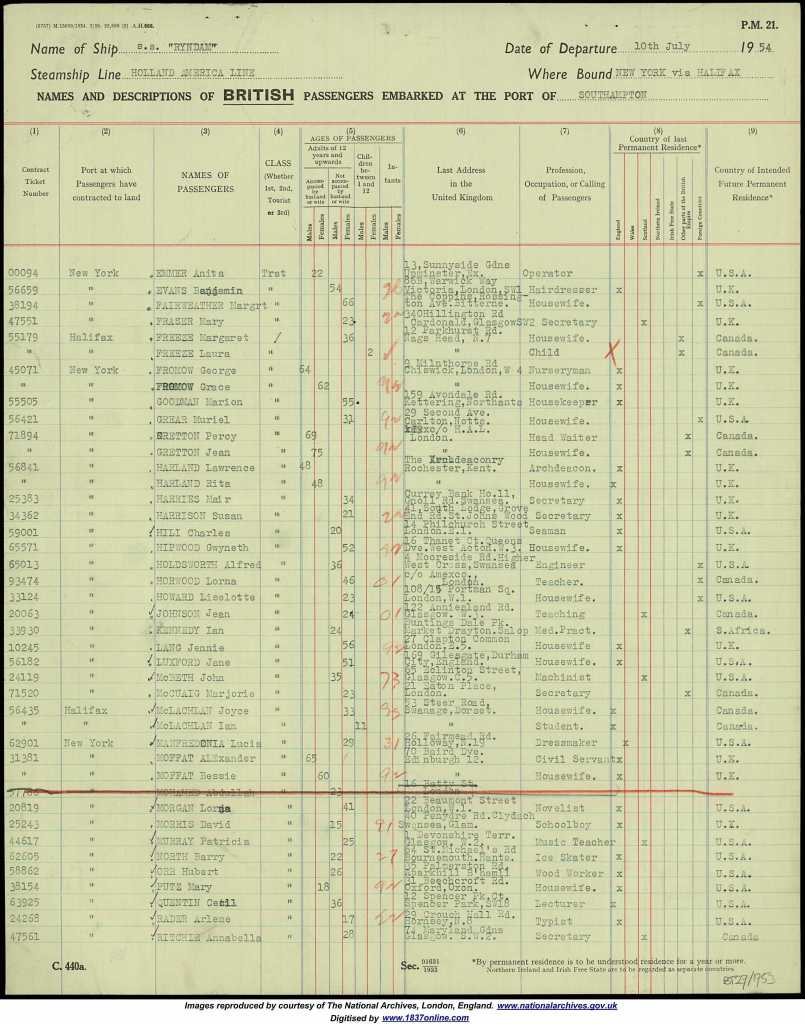 Social Security records show that Morgan did indeed live out the rest of her life in the US, although not where she called home. She died on 15th November 1993 at the age of 80, her records naming her birthplace as New Malden, London, and her date of birth 20th August 1913. A little digging around using that information reveals from UK censuses that her father was a legal draftsman and she had at least four sisters, but nothing more illuminating about her career.

Whether or not Lorna Nicholl Morgan ever explored the lonely landscapes of Swaledale like the heroine of Another Little (Christmas) Murder, we may never know – but, with four books published in as many years in the 1940s, she certainly made an impact at the tail-end of the golden era of English mystery fiction. 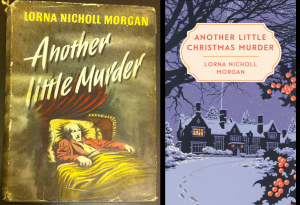